Read Wayne's Success Story After Being Supported By TASC | TASC 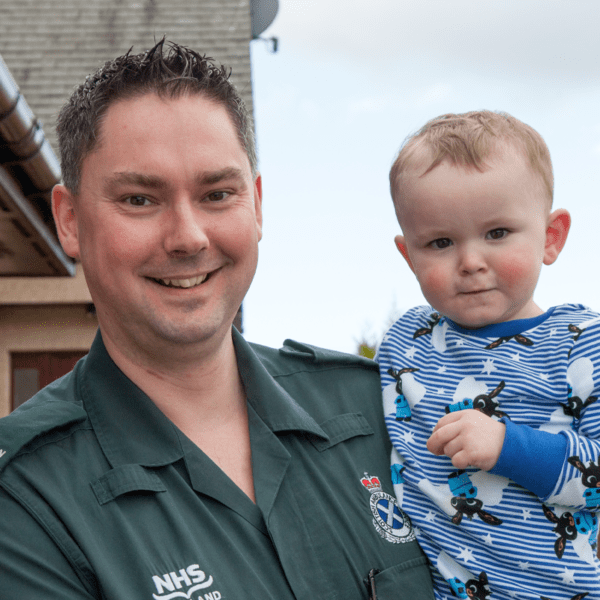 “Without TASC’s help I would still be suffering with my PTSD and on medication to control my moods. My family and I are so grateful to TASC, we can’t thank them enough!”

Wayne got in touch with TASC after he was diagnosed with PTSD and needed Eye Movement Desensitization and Reprocessing (EMDR) therapy. Here’s Wayne’s story:

“As I was nearing the end of a 12-hour shift, my partner and I received an urgent callout to a road traffic collision. Initially, details were sketchy but as we got closer to the scene it appeared there were several casualties and at least one fatality. This didn’t faze me as I had been to many fatal incidents in the past.

As we navigated through the long tailbacks of traffic, we could see a bus on the opposite side of the road with a smashed windscreen. When we arrived at the scene we were met with carnage and chaos; there were bodies strewn all over the carriageway.

My first thought was what do I do and who do I treat first? But before I could finish, a member of the public was at my door shouting at me for help. We quickly contacted control to declare a major incident with three fatalities and four casualties, but it was about 15 mins before help arrived.

During the entire call out I was in ‘work mode’ and got the job done; assessing, reporting, triaging and directing incoming resources. It wasn’t until I got home that the weight and gravity of what I experienced hit me, and I broke down. I began to second guess myself – was there something else I could have done? I also started to have nightmares and relive the events of the day in detail.

A few days later, we were sent to another road traffic collision involving two HGVs. The memories came flooding back and I had an anxiety attack and panicked about what I was going to do. At home, I was becoming distant, irritable and short-tempered. It got to the point that my wife ordered me to go and see my GP. I made an appointment but I didn’t feel like anything was wrong and I was reluctant to open up. As soon as I started to talk about why I was there I broke down in floods of tears.

My GP said it sounded like I was suffering from PTSD and made an emergency referral to the in-house mental health nurse. The nurse recommended EMDR therapy, but this wasn’t provided on the NHS in my area so he suggested I contact TASC to see if they could help. I contacted TASC and within a couple of days they gave me funding for my therapy and a list of local therapists who could help me.

Without TASC’s help I would still be suffering from my PTSD and on medication to control my moods. My family and I are so grateful to TASC, we can’t thank them enough! Help is there, don’t suffer in silence, just ask.”