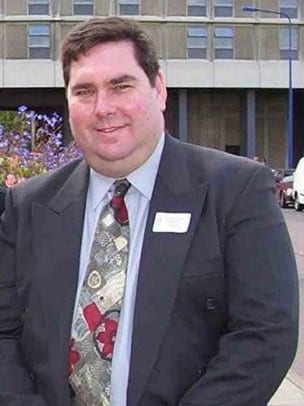 The long-standing partner of an ambulance worker who died while on duty is gradually getting her life back together with the help of TASC, The Ambulance Services Charity.

John Clift, who worked as a driver in patient care services for the Welsh Ambulance Service, died from a heart attack which then resulted in a collision with another ambulance near the family’s home town of Pwllheli in North West Wales in April this year.

As John, aged 54, was the family’s main breadwinner, his sudden death left them with serious financial problems, particularly as he and his partner Hilary Roberts had never legally married despite being together for 30 years.

The tragic death even left Hilary wondering how to meet the costs of John’s funeral. But TASC contacted Welsh Ambulance Service to offer their support after learning of the incident,and were able to not only make a donation of £1,500 to help cover the funeral expenses but also raise an additional £2,500 from PC David Rathband’s Blue Lamp Foundation, which was set up in 2010 to support all injured 999 personnel after PC Rathband was shot while on duty.

Hilary, who lives with her 38-year-old son Matthew in Pwllheli, said:

“John was the main breadwinner so we were really struggling financially when he died so suddenly. I was even struggling to pay the funeral costs, but then TASC contacted me and very kindly offered to help. It was very welcome indeed and took a great deal of pressure off.”

John, who had served as a retained firefighter for 26 years, had joined the Welsh Ambulance Service 16 years ago, working in patient care services.

Hilary, who has previously worked as a civil servant and an accommodation manager at a Butlin’s holiday camp, added:

John was driving his ambulance on the day that he suffered a massive heart attack. He was pronounced dead at the scene of the accident.

“Two police officers came to the door and asked for my son, who was an ex-policeman himself. Then they gave us the news. I was absolutely shocked and don’t remember what happened for weeks and weeks afterwards. It’s hard to take when your heart is broken, when the love of your life is taken away in such appalling circumstances. But we are getting better now.”