A Welsh ambulance worker is tackling Mount Kilimanjaro for TASC 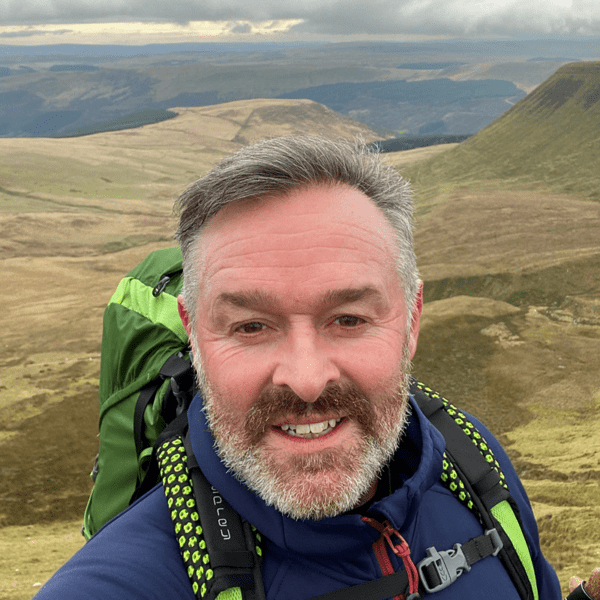 Darren Panniers, Welsh Ambulance’s Head of Service for the South East Region, will be taking on the gruelling climb to Africa’s highest point later this year to raise vital funds for the national charity that’s dedicated to supporting his ambulance colleagues in their time of need.

Just eight weeks after his 50th birthday, Darren will be setting off on his journey to Tanzania to begin his bucket-list challenge. He will leave Kilimanjaro basecamp on the 17th June 2022 and over the following seven days Darren will face a steep 6km climb to the mountain’s summit and back which will take him through tropical rainforest and snow-capped peaks.

At 5,895 meters (19,341 feet) Mount Kilimanjaro is the highest mountain in Africa and the tallest freestanding mountain in the world. According to Tanzania National Parks, Kilimanjaro attracts 50,000 climbers a year, about 50 times the number attempting either Everest. Darren’s love of walking and hill climbing first started during his career as a Royal Marine. 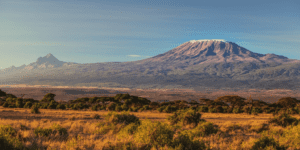 “I love the outdoors and to climb one of the highest peaks in the world has always been on my bucket list. I’m really excited to get started and have been doing lots of training and hill practice. My only slight worry is how I’ll handle the altitude challenges, as it’s almost impossible to prepare for, but I’m not letting it stop me.”

An Cwmaman-native, Darren has spent over 20 years in the Welsh Ambulance Service and has performed many roles throughout his career. Originally joining the service in 1999 as an Emergency Medical Technician, Darren has also served as a Paramedic, Clinical Team Leader, and Operations Manager. Darren is currently the Head of Operations for the South East Region which includes Caerphilly, Blaenau Gwent, Monmouthshire, Torfaen, Newport, Cardiff and the Vale of Glamorgan.

Darren is taking on this once-in-a-lifetime challenge to raise money for TASC, The Ambulance Staff Charity. Launched in 2015, TASC is the national charity dedicated to caring for the mental, physical and financial wellbeing of the UK’s ambulance community including serving and retired staff, their family members, ambulance service volunteers and paramedic science students. Click here to learn more about our cause.

“I have seen first-hand the great work ambulance staff do to support their patients; however, the job can take a real toll on staff, and sometimes they need a bit of extra help to get back on top. From my experience as a paramedic and as a manager, I’ve seen the difference TASC has been making to my colleagues, not just with their mental health, but their physical health and finances too. The work TASC has done for Welsh Ambulance staff is fantastic but we’re just a small part of the UK’s ambulance service. I’m doing this climb for TASC because I want to give back to the charity so that they can continue providing their vital support to my colleagues across the UK.”

So far, Darren has raised over £3,600 for TASC and is aiming to reach £5,000 by the time he starts his climb, which could help TASC pay for 112 mental health support sessions or 139 hours of physiotherapy for ambulance staff injured in the line of duty. Darren is raising funds through an online JustGiving page: https://www.justgiving.com/fundraising/darren-panniers

“We’re very grateful that Darren has chosen to fundraise for TASC to help his colleagues. Demand for TASC’s services is growing rapidly, and we’re seeing a 400% increase in people contacting us when compared to 2017/18. Ambulance staff have one of the most stressful jobs in the UK and the long-term impacts of Coronavirus are making their job that much harder. Right now, ambulance staff need TASC more than ever, and we need the support of the general public to ensure TASC can continue being an independent source of support for the UK’s ambulance community in their time of need.”

“After a long delay due the pandemic travel restrictions, the moment has finally arrived for Darren, and we couldn’t be prouder of him for choosing to support TASC. Ambulance staff across the UK have faced what may prove to be the most challenging period of their career of late, and the wellbeing services that TASC provide free of charge are proving vital. Good luck, Darren. We’ll all be rooting for you back in Wales.”

Support Darren on his Justgiving page