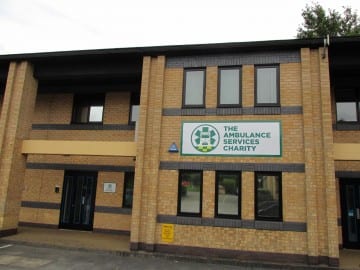 Three new trustees have been welcomed to the Board of Trustees at TASC The Ambulance Staff Charity, bringing with them more than 80 years combined experience within the ambulance sector and the wider NHS.

The new additions, who have both frontline ambulance and management experience between them, will help the Board of Trustees maintain responsibility for the overall strategic direction, governance and management of TASC as the charity moves forward.

One of the new Trustees is Sue Noyes, whose previous role was as the CEO of East Midlands Ambulance Service Trust, a position she held for two and a half years. Prior to that she worked as a finance director at a variety of trusts within the NHS. Also joining her on the Board is Gerry Brown, a former trustee of the Ambulance Service Benevolent Fund who started out as an ambulance technician in 1981 and finished up as a Clinical Operations Manager more than 20 years later.
And completing the trio of new trustees is Carl Ledbury, who spent a total of 36 years with West Midlands Ambulance Service as a paramedic before retiring in 2012.

“I have been involved in charities for about 10 years as well as my NHS work as I always knew that I wanted to give something back. The ambulance service gets under your skin, so when the opportunity came up to support ambulance staff by becoming a trustee at TASC I was really pleased to become involved. The work that ambulance staff do can take its toll and, as I have done a lot of work with mental health trusts, I was particularly interested in what I could do to support ambulance staff in this area through TASC.”

Sue, who is married with a son and three step-daughters, previously qualified as a chartered accountant and went into the NHS in 1990 as part of the major reforms at that time. As well as becoming a trustee at TASC she has also become a lay member at South Warwickshire Clinical Commissioning Group and recently started her own personal and team coaching business.

Gerry Brown, who spent his ambulance career with the East of England Ambulance Service Trust, is looking forward to returning to a role as a trustee. He said: “I was previously a Trustee of the Ambulance Service Benevolent Fund since 1996, which is when I qualified as a paramedic. I then became a leading ambulanceman for about five years before becoming an ambulance liaison officer at Addenbrooke’s Hospital in Cambridge.

“After that I became divisional commander on Patient Transport Services, managing most of the services in East London and South Essex. Shortly after 2000 I went into ambulance control and became an ambulance control manager, but I finished my career as a clinical operations manager before I came out of the service. I am confident that this experience will help me in my role as a trustee at TASC, which is all about supporting existing staff and working to help retired staff where we can.”

Despite having retired as a paramedic in 2012, Carl Ledbury has remained active within the ambulance sector. As well as being a member of the Trauma Care Council, he also continues to help organise the ambulance service presence at the annual Remembrance Sunday commemoration at the Cenotaph in London in his role as a member of the co-ordinating team for the Civilian Services Contingent, which is made up of representatives from the police, fire and ambulance services, as well as other civilian groups including the Red Cross and St John Ambulance.

Carl, who spent 36 years with West Midlands Ambulance Service, also took part in last year’s national Ambulance Remembrance Service held at the National Memorial Arboretum in Staffordshire. The biennial service honours ambulance staff who have died while on duty and in service. Carl was invited to deliver Laurence Binyon’s famous World War One poem, For The Fallen.

Learn more about our Trustees