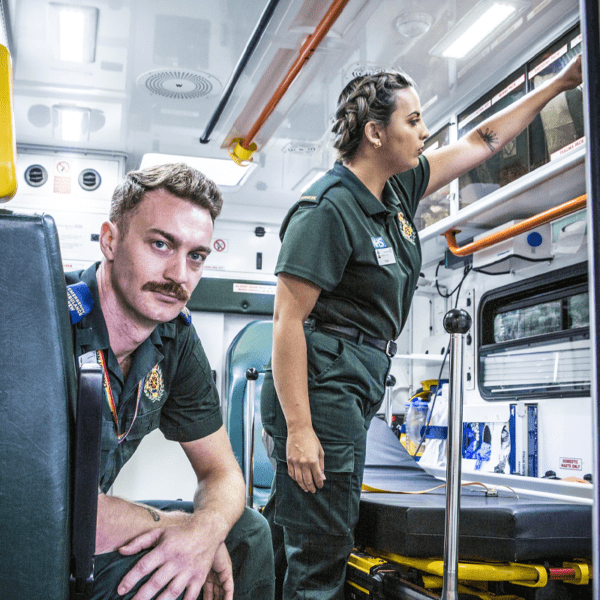 A star of the new series of the BBC One documentary ‘Ambulance’, Adam (34), is calling on emergency service workers to be more open about their mental health and not be afraid to access the help they need. In the eighth episode of ‘Ambulance’, airing this Wednesday (4 November), viewers see the emotional impact on London Ambulance Service staff and volunteers dealing with traumatic situations and how they depend on each other to help handle the difficult things they see and hear on a daily basis.

London Ambulance Service medic Adam, who suffers from depressive episodes and periods of low moods, wants emergency service staff and volunteers not to feel embarrassed to talk openly about their wellbeing and to seek the help if they need it.

“Reaching out is the hardest thing to do, but it’s also the most liberating thing to do and I encourage anyone to reach out for help when they need it. We’re always the ones that people rely on for help – but we really must make sure we look after ourselves and one another first so we can keep on responding to our patients’ with the greatest care possible.”

In episode eight we see Adam and his crewmate, Orani, respond to a woman suffering from addiction. Later back in the ambulance the experience of treating this patient affects Adam quite deeply by unearthing memories of his grandfather’s struggle with addiction over many years. It’s here that we see the support that Adam and Orani give each other and the close friendship they have formed over two years working together.

“I see Orani more than I see any other person in my life. We have known each other long enough to know our moods and we are able to understand when it’s the right time to talk things through, but also when it’s not.”

As well as the support that the crewmates give each other, Adam also has two other important parts of his life that help him deal with some of the difficult aspects of the job – his partner and their dog. Adam who lives in Wanstead met his partner Dr Sam Ashley (31) while he was working as a doctor in A&E. 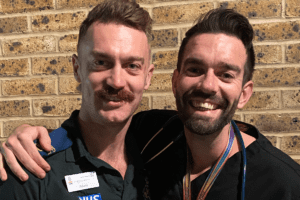 “Having someone who understands my job, much like a crew mate, is invaluable. He’ll understand why my mood and behaviours are fluctuating, understands again when I want to talk and when I don’t but most importantly welcomes me with a hug and a kiss when I need it most. When I come home and walk through the door, he is always so happy to see me – so even if I am not in the best frame of mind, he helps to pick me up. Without both of them I’d be in a much worse state when I’m feeling unwell.”

Results from London Ambulance Service’s staff survey last year showed that over half of staff across the service admitted that they felt unwell due to work-related stress in 2019.

Understanding the pressures that come with the job, the ambulance service has in place a wide range of resources to support staff and volunteers including a counselling service, a strong peer support network and an independent support line for anyone who has concerns about their emotional wellbeing. After difficult incidents staff also gather together to debrief and talk through what has happened, allowing them the opportunity to reflect and reach out for further support if they need it.

“I actually found the process of reaching out for help when I was at my lowest came as an invigorating relief, and it really helped to bring me back from that point a little bit. We all need a little help sometimes. That’s why it is so important for anyone – not just ambulance staff and volunteers – to talk about what they’re going through, so they can get help to access the support that they need.”

In the eighth episode of ‘Ambulance’ we get a glimpse behind the sirens and see the emotional demand of the job as ambulance crews and control room staff respond to Londoners in need. Crewmates Abi and Ben are called to a passenger on a bus that has been stabbed in the throat. We also follow Kieran and Mick as they respond to a hoax caller and later treat an elderly patient after a fall at home.

‘Ambulance’ returns this Wednesday (4 November) on BBC One at 9pm.

TASC is an independent charity that provides support to the UK’s ambulance staff, their family members and ambulance service volunteers including:

If you’re struggling with your mental, physical or financial wellbeing, TASC is here to help.