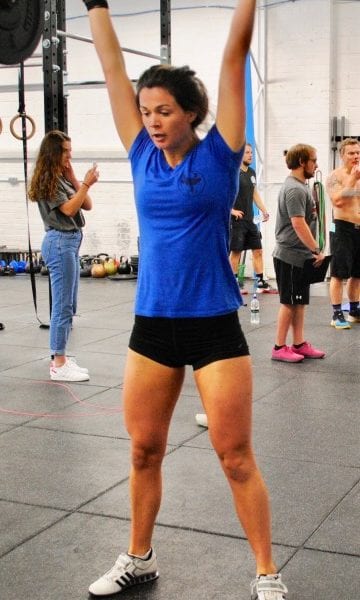 Ambulance services staff have been pitting their strength, stamina and agility against colleagues from the police and fire service in a new emergency services competition and the outcome of the first ever Ultimate Emergency Services Throwdown was not only success for ambulance woman Anna Cannon, who won the female category, but also The Ambulance Staff Charity which shared in the proceeds.

The challenge, which took place in Leeds over two days at the end of September, is now due to become an annual event, with plans already in place for rivalries to resume in September 2017.

The Ultimate Emergency Services Throwdown was organised by Leicestershire policeman Martin Leeland following an idea he had to find the fittest emergency service, involving as many serving and retired service personnel as possible.

The competition, which took place at the White Rose CrossFit gym in Horsforth, Leeds, on September 26 and 27, is based on a series of physical tests ranging from lifting weights, running, throwing and catching, aerobics and gymnastics such as squats and pull ups.

More than 30 emergency services personnel took part in the inaugural event, each paying £25 to enter, with a total proceeds of £660 which was shared between TASC, The Firefighters Charity, and Care of Police Survivors (COPS).

“What we do in the Ultimate Emergency Services Throwdown is based on CrossFit, a functional fitness training programme which started in America in the year 2000. It was introduced for the armed forces and emergency services in the US, but there are now competitions all over Britain as well as in America.

“My partner and I have been doing CrossFit for a number of years and we set up our own CrossFit gym at Leicestershire Police. But there’s never been a pure emergency services competition in this country so we liked the idea of organising one between the police, fire and ambulance – and this was the ideal format for it.”

“I decided that all the proceeds should go to police, fire and ambulance charities because we weren’t doing it to make money, it was for the enjoyment of having a competition between the emergency services.”

Sponsorship was obtained from Patrol Store, which supplies police equipment, to pay for prizes, while competitors each paid £25 to take part.

“The aim is to make it bigger and bigger each year, starting with the next event in September 2017 when we hope to have many more emergency services staff taking part.”

For more information about the competition please visit http://www.theultimate-emergencyservicesthrowdown.com/
To find out more about TASC, and how to support the charity, please visit www.theasc.org.uk or call 0800 1032 999.

Leave a gift for TASC in your will