Robert's story | TASC | Caring For Those Who Care For Us 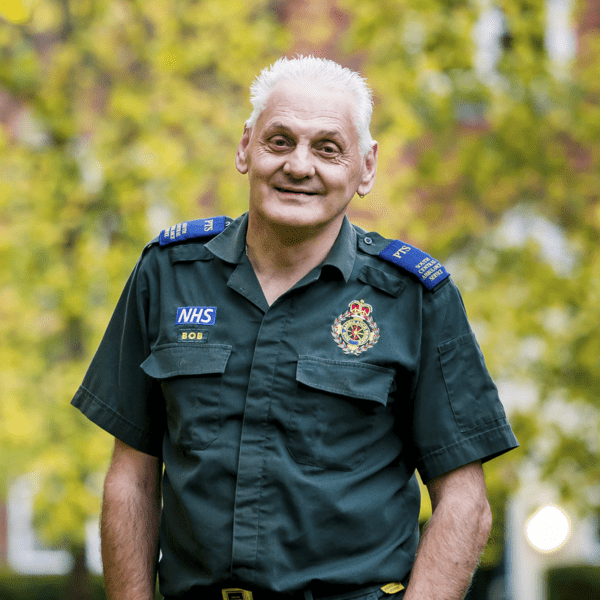 “TASC’s services were second to none and I would 100% recommend them to any of my colleagues.”

Robert came to TASC because he was struggling with his mental health which was also starting to affect his physical wellbeing. We arranged for Robert to have sessions with our in-house counsellor to talk about coping techniques and we also funded sessions for him to meet with an external counsellor to help with his PTSD symptoms. Here’s Robert’s story:

“I had been getting more moody and bad-tempered over the last few months, and found myself getting angry doing the easiest of things at home. I was also having trouble getting to sleep and waking up multiple times in the night. It was really getting too much for me to handle, and my wife kept asking me to talk to somebody.

When I was chatting to my team leader, I decided to tell them I had been struggling, and they suggested I contact TASC to see if they could do anything for me. I had seen posts about TASC on social media and on the noticeboards around work, so I decided to drop them an email.

The service I received from TASC was brilliant, I couldn’t fault them. I had a response from the team just over a day later asking me to fill in their application form. Within 10 days of sending my application form in, I was asked to attend an appointment with TASC’s in-house counsellor, David.

David was great and gave me tips and tools that helped me a lot – my favourite being the walrus technique! After talking with David, he said I may be experiencing some PTSD symptoms due to a previous incident. To help me, he recommended that I have six sessions with another counsellor, fully funded by TASC. I was blown away! I was also quite surprised hearing that I may have PTSD as it had never entered my mind before, but I knew I had been suffering from depression for quite a few years.

Monica, the counsellor funded by TASC, was brilliant and really knew her stuff. She listened to me, answered any question I had, and even when I couldn’t get out what I was trying to say, she understood.

Monica linked my symptoms back to an accident I had in 2008 when I was still driving lorries. I was driving into Lincoln when something hit my windscreen, shattering it. My instincts kicked in and I pulled on to the hard shoulder, but I hit a tractor and trailer; detaching the trailer and rolling the tractor. After the incident, I bottled it all up and didn’t even speak to my family about it. In April of this year, I was driving to work and a stone hit my windscreen; as the day went on it got hotter and it caused a crack. When I returned to my car after work, I saw the cracked windscreen and it brought everything back. I realised that this was around the time my symptoms started, and it’s thanks to TASC that I can talk about it now.

Since finishing my sessions, I’m feeling great and living each day to the full. I’m also sleeping much better; these days I’m usually asleep as soon as my head hits the pillow whereas before I could lay there for hours. I now see that the past is the past and I’m taking each day as it comes. I can’t change the past, but I have control over what happens today and tomorrow.

TASC’s services were second to none and I would 100% recommend them to any of my colleagues.”