Paul's story | TASC | Caring For Those Who Care For Us 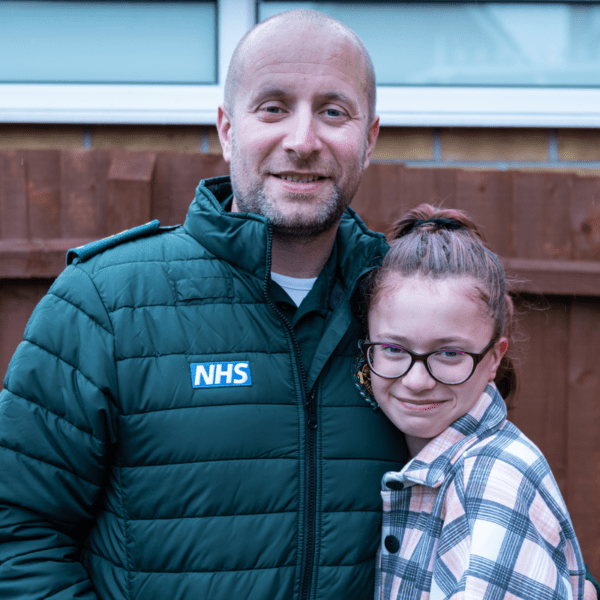 “I don’t like asking for help…but I decided to give TASC a call and I’m so glad I did.”

After Paul reduced his hours at work to care for his daughter he started to struggle with his finances. Paul’s manager suggested contacting TASC and we arranged for Paul to receive a financial grant and support with TASC’s Money Advisor to help maximise his income. Here’s Paul’s story:

“I have an 11-year-old daughter from a past relationship, and every weekend I wasn’t working I made the 140-mile round trip to Leeds to spend time with her. But then 15 months ago, my ex-wife passed away suddenly and I became a full-time dad overnight. My daughter needed me, so I took five months off work to look after her and help her move to my home in Nottinghamshire. A few weeks later I decided I also needed to temporarily reduce my hours at work to care for her.

Usually, I take everything as it comes, my situation changed and I needed to adapt, but now I was only picking up three shifts at work every two weeks and I realised how expensive a child is day-to-day. I quite quickly noticed the change in my finances and I started to struggle. I could see I was going to have more issues going forwards and I didn’t know how I was going to fill the gaps. It really started to worry me.

Throughout all of this, my employer was really supportive and I was having monthly meetings with my manager. I had heard of TASC before, but it was my manager who told me they may be able to help me with my finances. I don’t like asking for help, and I was really quite embarrassed, but I decided to give TASC a call, and I’m so glad I did.

I ended up speaking with Julie, TASC’s Money Advisor, who was amazing. After filling out the application form, I was hoping TASC would offer me a grant of a few hundred pounds which would really help me out over the next few months. I was blown away when TASC said they were giving me a grant of £1,000, it really took a weight off my shoulders!

Julie also gave me lots of tips and advice on how to claim for Universal Credit to increase my income. At the time I hadn’t even considered benefits, let alone knew where to start! Julie told me everything I needed to know to make it as easy as possible, and she even sat with me on the phone while I filled out the application and answered any questions I had. She really went above and beyond to help me and saved me a lifetime of effort and hassle.

Before I came to TASC I felt really isolated, and I think it’s brilliant that the charity was there to support me, and provided additional help almost completely out of the blue. I’m already making long-term plans, but in the short-term TASC really saved my bacon, financially. I’m so grateful to Julie and the entire TASC Team. I wanted to give something back, so I decided to fundraise for the charity to replace the funds they gave me and later this year I’m planning on doing a 137-mile West to East Coast bike ride.”