Andy's story | TASC | Caring For Those Who Care For Us 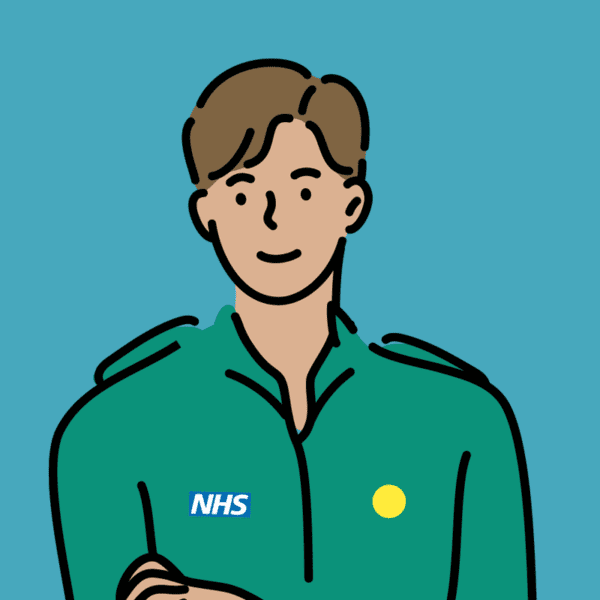 “The support I had from TASC was great. I’ve used a number of other services before but with TASC I had the security of knowing someone was there when I needed them and I felt reassured, which helped my mental health massively.”

After a series of very difficult jobs, Andy was struggling with his mental health. A friend who volunteers for TASC suggested that he should give us a call. TASC arranged for Andy to have sessions with our in-house counsellor and also funded additional sessions with a counsellor after he was diagnosed with Complex PTSD. Here’s Andy’s story:

“I’ve struggled with stress, anxiety and depression for a number of years but three years ago I had a series of bad jobs which ended in me having a total breakdown.

My employer had previously offered me Cognitive Behavioural Therapy (CBT), but I didn’t feel like it would help this time as I felt different than before, and worse in some way. After meetings with my line manager and Occupational Health I was put in touch with a mental health specialist at head office who suspected that I was suffering from PTSD and who referred me for Eye Movement Desensitization and Reprocessing (EMDR) therapy, which helped me massively.

Since then, I have had good and bad days, but I was generally okay but it all started to go wrong in May when I was assaulted on a job and then two weeks later when I went to a really bad suicide incident. At the time I was feeling really quite vulnerable and having some really bad thoughts. It was also starting to affect me physically as I wasn’t sleeping.

It all came to a head at the end of May when my partner and I were on a job and the patient threatened us with a gun. Once we got away safely, all I remember was laughing uncontrollably, at that point I knew my head had gone.

A friend of mine, who is also a Paramedic, knew I was struggling and told me that she volunteers for TASC and suggested I give them a call. I got in touch with TASC and was referred to their in-house counsellor, David, who was very supportive and gave me several helpful tactics to help me cope. TASC also diagnosed me with Complex PTSD and gave me funding to have 12 sessions of trauma-based CBT with a local counsellor.

Since finishing my treatment with TASC, I’m now feeling much better and a lot more positive; and I’m still using the tactics David gave me. The support I had from TASC was great. I’ve used a number of other services before but with TASC I had the security of knowing someone was there when I needed them and I felt reassured, which helped my mental health massively.

I don’t want anyone to be in the same place I was, so if you’re struggling get in touch with TASC. You have nothing to lose and everything to gain.”