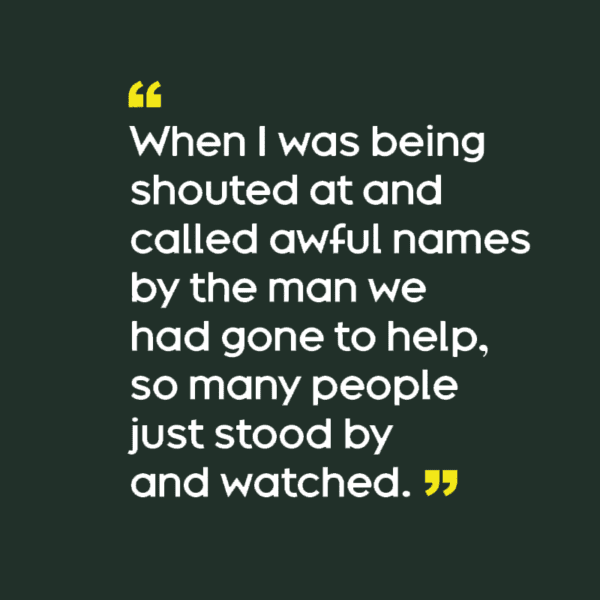 NHS ambulance staff who have been attacked while on duty are at the forefront of the national #WorkWithoutFear campaign, led by the Association of Ambulance Chief Executives (AACE) and supported by NHS England to promote respect for ambulance staff across the country.

In 2021, a staggering 32 ambulance staff were abused or attacked every day. This is a total of 11,749 staff, and an increase of 4,060 incidents over the last five years. The most significant rise covered the initial period of the COVID-19 pandemic in 2020 when assaults jumped up by 23% compared with the year before. Assaults included kicking, slapping, head-butting and verbal abuse, and ranged from common assault to serious attacks involving knives or other weapons.

TASC is backing the #WorkWithoutFear campaign to highlight the profound impact of the abuse on the everyday lives of staff around the country. The campaign is supported by 12 ambulance service colleagues telling their own stories, including West Midlands Ambulance Service Paramedics Deena Evans and Michael Hipgrave who saw their attacker jailed for nine years after he stabbed them as they went to help him.

“Following my own horrific experiences, I am supporting this campaign to try and prevent my colleagues having to go through what Michael and I have endured. Being attacked so violently by someone I was trying to help completely changed me as a person and I became introverted and scared of going out. But that fear went away as soon as he was sentenced to nine years in prison.” 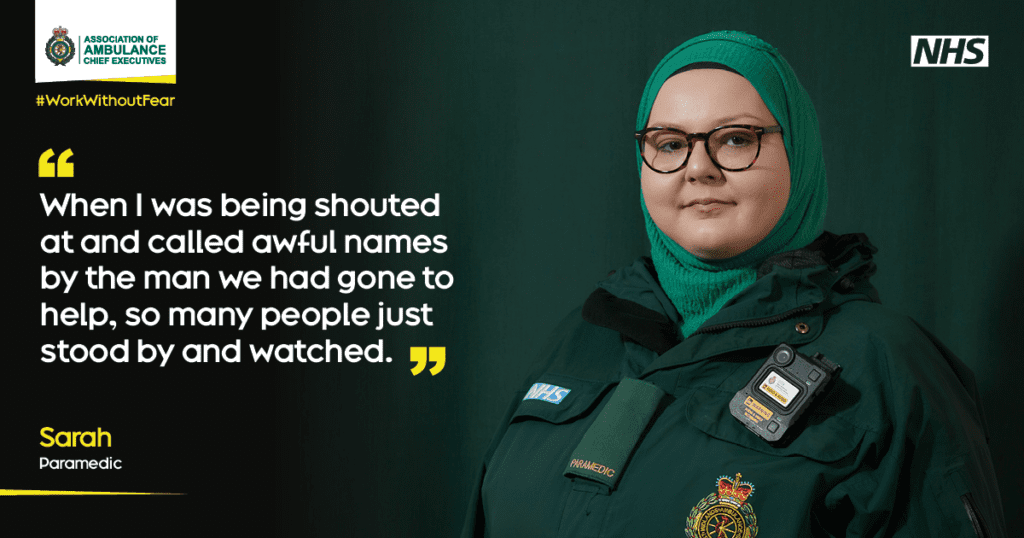 “Ambulance staff face the possibility of violence and aggression every time they start a shift and at TASC we regularly hear about the devastating and long-term impacts an assault can have on someone’s physical and mental health.

In the past 18 months, 15% of the people who have come to us for help have been the victims of violence, with 52% experiencing verbal abuse and a further 41% experiencing physical abuse. The abuse we hear about ranges from spitting, intimidation and having faeces thrown at them, to physical attacks such as punches, kicks, and in a small number of cases, even involving weapons, such as knives, glass or baseball bats. Despite that, they continue to turn up for work in order to help and serve their local communities.

Already having one of the most stressful jobs in the UK, our lifesaving ambulance staff deserve to be able to work without fear of assault or aggression. Violence in any form is completely unacceptable and TASC is proud to support this campaign to raise awareness of this growing issue.”

“Unfortunately, ambulance staff face the possibility of violence, assault and aggression every time they start a shift. When they occur, these attacks have a significant and lasting impact on the team member, affecting every aspect of their life. Despite that, ambulance staff continue to turn up for work to help and serve their local communities.

We hope this campaign raises awareness of the impact of this behaviour on individuals, emphasises that it is totally unacceptable in any form and ensures that our staff are treated with the respect they deserve. The Assaults on Emergency Workers Offences Act 2018 legislation is in place, but we must now see the judiciary consistently using that to issue the most appropriate sentences to those found guilty of committing these appalling crimes.”

“Staff have the right to go to work without being abused. Those who are verbally or physical attacked suffer long-term effects or even leave the job they love. Violence and aggression against ambulance workers is never okay. That important message must be loud and clear.”

People are being urged to pledge their support for this campaign by using #WorkWithoutFear on social media and by visiting www.aace.org.uk/vaa to view films about some of those affected.

We need your help!

TASC is the national charity devoted to supporting the mental, physical and financial wellbeing of the UK’s ambulance community. As well as serving ambulance staff, we also support retired staff, their family members, ambulance service volunteers and student paramedics. We want to be here as an independent source of support during their time of need, but we can only continue doing this with your support. Please help us by making a donation today.