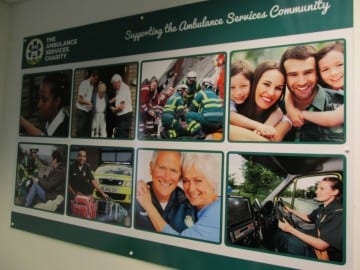 TASC, The Ambulance Staff Charity, has been awarded more than £2 million as a result of the Libor banking scandals.

The announcement, which was contained within the Chancellor’s Autumn Statement on November 23, will provide TASC with £2,315,500 over a three year period, to be spent on three main strands of work.

These involve the delivery of a programme dealing with Post Traumatic Stress Disorder, raising awareness and promoting the wide range of support services available, and establishing a sustainable income in order to increase the charity’s financial support to ambulance staff and their families in need.

“We are absolutely thrilled to have been awarded this significant sum of money from the Government arising from the Libor fund.
“Both present and past ambulance staff show commitment, courage, care and devotion to public service and we are committed to make a positive difference by supporting those who dedicate their lives to supporting and saving ours.

“With more than 10 million 999 calls made to the emergency ambulance services each year the ambulance community faces massive pressure every day. We believe that the 70,000 people who work in the UK Ambulance Services, whether on front line emergency services, moving patients from home to hospital or clinics for routine appointments, sending the ambulances and people to emergencies, paying the bills, and all other areas of the service, make an invaluable contribution to society and are all deserving of support.

”That is why this funding is vital: it will enable us to do our work better and make more help available when it is needed.”

The Libor grants, from which TASC has received its funding, resulted from fines issued to several prominent banks for attempts to manipulate a key borrowing rate. The then Chancellor, George Osborne, announced in 2012 that the proceeds of the fines should be used to support military and emergency services charities and other related good causes.

TASC was asked to submit an application, together with a business case for its proposed activity, before a deadline of September 1 in order for it to be considered ahead of Philip Hammond’s first ever Autumn Statement.