Frontline Coffee raise over £800 for TASC with the perfect cuppa

Frontline Coffee raise over £800 for TASC with the perfect cuppa 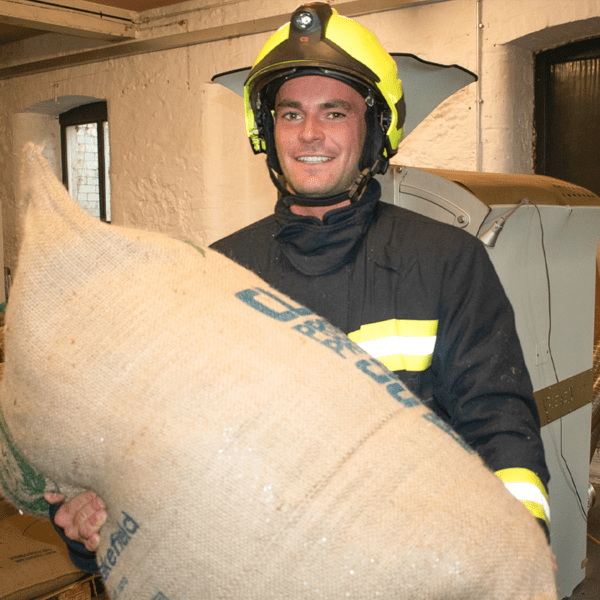 An online coffee charity founded by firefighters for frontline workers has raised more than £800 to help support the ambulance community with their mental, physical, financial and general wellbeing. Frontline Coffee was set up by Matt Broxton and Tom Taylor and took off during the UK national lockdown in March. 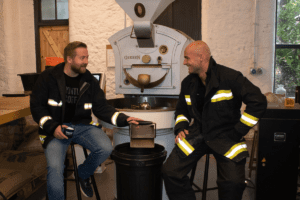 Their mission is to raise for frontline charities and, in September, made its first donation of £874 to The Ambulance Staff Charity which has continued to reach and engage with more people than ever before. This year has been a defining year for TASC due to the global Covid-19 pandemic but, the charity has launched new services and, adapted to ensure it can support everyone in the UK’s ambulance community.

TASC saw a 42% year-on-year increase in the number of beneficiaries receiving mental health support, raised over £36,000 raised by community fundraisers, over 2,100 hours given by TASC volunteers, 3,000 support sessions provided, two in five people accessing its services were experiencing PTSD symptoms, four in five people say the charity changed their circumstances, while the organization has received 1.6 million social media impressions. Learn more about TASC’s impact in their 2019/20 Impact Report

Matt and Tom hand-picked the coffee beans to match the exact taste the pair were looking for and it is now manufactured on a grand scale in the south west of England.

Frontline Coffee has even introduced its own special blend for TASC called ‘First Response’, described as a classic Italian espresso taste offering a chocolate aftertaste.