We’ve extended our phoneline hours to 8am – 6pm, Monday – Friday so contacting TASC is now easier than ever! Learn more 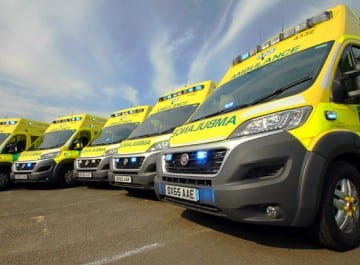 TASC, The Ambulance Staff Charity, has called for more resources to be put into ambulance services following the result of a BBC investigation into response times.

According to the BBC, which submitted Freedom of Information requests to all 13 UK ambulance trusts, ambulances are struggling to reach seriously ill and injured patients.

Patients with life-threatening conditions such as cardiac arrests should be reached in eight minutes. But, according to the BBC investigation, only one of the UK’s 13 ambulance services – the Welsh ambulance service – is currently meeting its target.

The Freedom of Information responses apparently revealed that more than 500,000 hours of ambulance crews’ time in England, Wales and Northern Ireland was lost during the course of last year as ambulances waited for A&E staff to be free to hand over patients – a rise of 52 per cent in two years – and is hugely frustrating for the people who want to be out providing care, not stuck in a traffic jam.

TASC said the figures were an indication of rising demand for ambulance services as well as pressure in the system.

“We are getting increasing contacts from ambulance people, particularly the frontline paramedics, technicians and call handlers, about the workload they are having to deal with and the stresses and illness that this is causing.

“The situation has clearly become critical, as this investigation highlights, so it is now time for more resources to be made available to our outstretched ambulance people across the country.”

For more details about The Ambulance Staff Charity please visit www.theasc.org.uk or call 0800 1032 999.

Find Out More About TASC