Ambulance loving Lucas is walking 30,000 steps every day in March to raise money for TASC 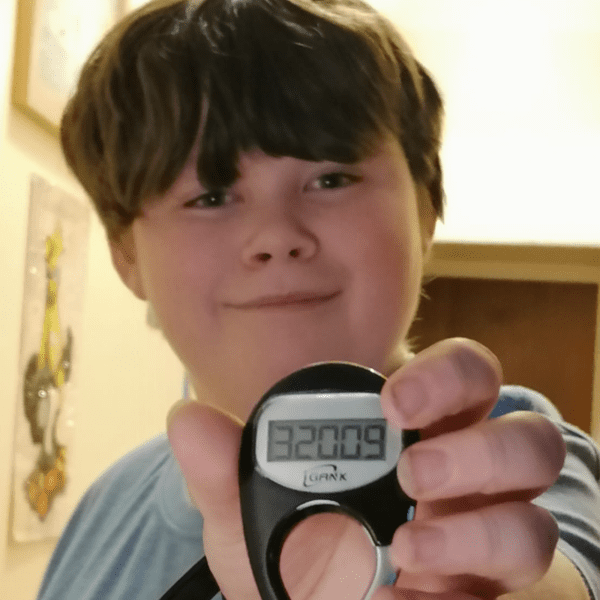 12-year-old Lucas from Gainsborough in Lincolnshire is aiming to walk 930,000 steps in March to help raise vital funds for the national charity dedicated to supporting the UK’s ambulance community.

Lucas Artiss is a big fan of the UK’s ambulance services and dreams of becoming a Paramedic when he’s older. He’s also a regular participant of Hit The Ambulance, where players hit an ambulance with kindness by leaving the staff members thank you notes and gifts, and Lucas has even donated his pocket money to support ambulance staff.

Throughout March, Lucas will be walking 30,000 steps every day and by the end of day three of his challenge he had already achieved over 95,000 steps! If Lucas achieves his goal, by the end of March he will have walked 310 miles, the equivalent of walking from his home in Gainsborough to the Cairngorms National Park in Scotland.

“I am doing this for the ambulance staff as even heroes need looking after from time to time and these heroes need help more than ever at the moment with all they are having to deal with.”

Lucas’ current fundraising target is £500 which can help TASC provide an extra eight hours of counselling or ten sessions of physiotherapy for people injured in the line of duty.

“I am so proud of Lucas, he is such a kind, caring boy and it doesn’t surprise me that he wants to raise funds to help ambulance staff.”

Lucas has already won a special prize from his school, The Gainsborough Academy, for his good work in his community, and has the full support of the school’s staff and students as he takes on his challenge.

‘We are extremely proud of Lucas and his wonderful efforts to raise money for such an excellent cause. He is really embodying our Academy Gainsborough Way.’

Launched in 2015, TASC is the national charity dedicated to caring for those who care for us and provides mental, physical, and financial wellbeing support and advice to help ensure the UK’s lifesaving ambulance community is strong, healthy, and ready to be there for us when we need them. As well as serving and retired ambulance staff, the charity also supports the family members of ambulance staff, Paramedic Science students from year two onwards and current ambulance service volunteers such as Community First Responders (CFRs).

“Lucas is one of our youngest fundraisers ever and we’re so excited and grateful that he’s doing this challenge to raise vital funds for TASC. Ambulance staff have one of the most stressful jobs in the UK, and the continuing and long-term impacts of Coronavirus are making their job that much harder. With the support of people like Lucas, TASC can continue to be there for the UK’s lifesavers when they’re struggling and need a bit of help themselves.”