Ambulance leaders join up with people across the country for the ultimate fundraising weekend to raise over £15,000 for The Ambulance Staff Charity 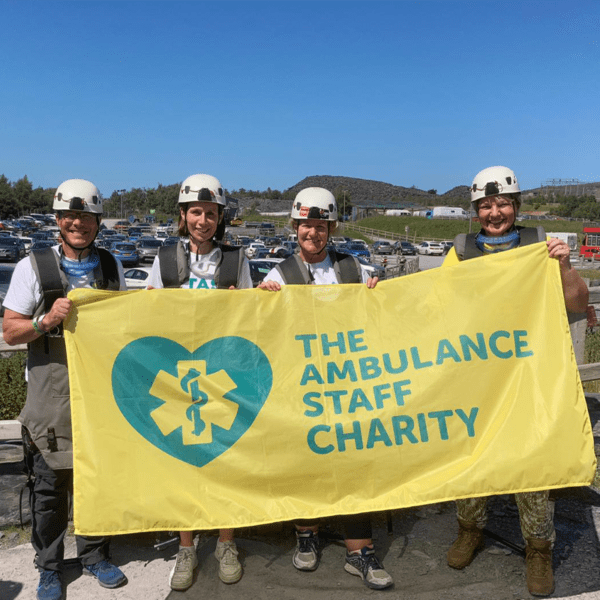 Last weekend (17/18 July 2021) 17 individuals from all over the UK came together in North Wales to take on some adrenaline-fuelled challenges to raise much needed funds for the charity.

Colleagues from the College of Paramedics, Association of Ambulance Chief Executives and South Central and East Midlands Ambulance Services joined up for the Ultimate Fundraising Challenge weekend to help support The Ambulance Staff Charity (TASC) on an action-packed expedition in North Wales.

First up on the Ultimate Fundraising Challenge on Saturday was Zip World’s Velocity 2, a zip wire which travels at speeds of over 100mph and has been described as the ‘nearest thing to flying’. Later in the evening the group laced their walking boots, turned on their torches and trekked 3,560ft to the top of Snowdon – the highest mountain in England and Wales. The ambulance leaders taking part included:

The idea was the brainchild of Ms Nicholls who wanted to embark on an event to highlight the impact of pressures on ambulance staff, particularly in light of COVID-19, and the importance of ensuring the support they require is there when needed most.

Earlier this year Tracy Nicolls. CEO of the College of Paramedics. said:

“I have been a lifelong member of the ambulance family and have lost friends and colleagues during this pandemic. But more than that, there seems to be literally nowhere else for our profession to go when they need help. How can you do a job like this, at a time like this, and not be affected? TASC do an amazing job at helping but I know how fragile funding streams can be so anything we can do to assist is important.”

The team were joined by 13 other supporters who were also taking on one or both of the challenges to raise money for TASC. Others getting involved in the weekend included:

The challenge began on July 17th, when 17 individuals stepped out of their comfort zones to take on the fastest zipline in the world and saw participants flying over Penrhyn Quarry in North Wales. 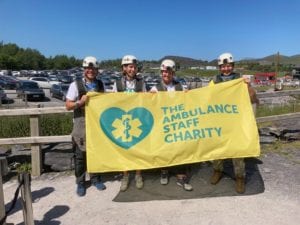 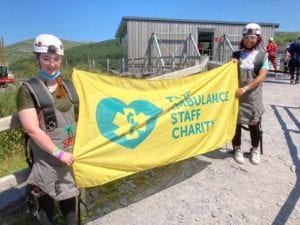 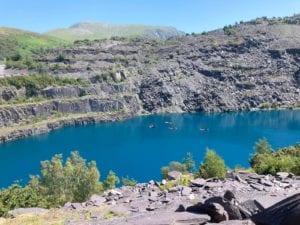 For nine of them, the excitement didn’t end there as at 2am the following morning, they laced up their walking boots to trek up to the top of Mount Snowdon. The team reached the peak just before dawn and saw a fantastic sunrise at the start of one of the hottest days of the year. 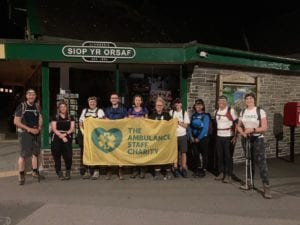 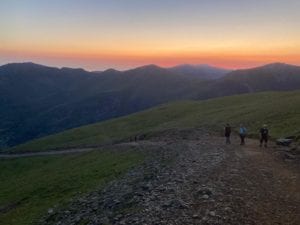 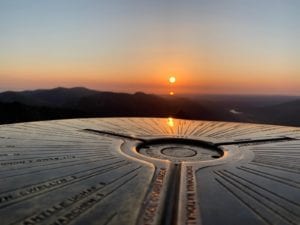 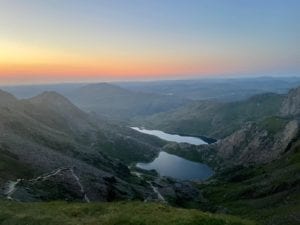 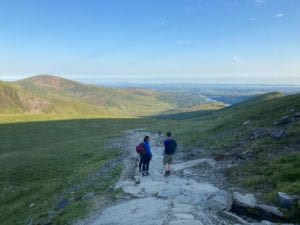 Everyone taking part battled the elements and their own fears to raise vital funds for The Ambulance Staff Charity. In total, Tracy, Anna, Will and Kerry managed to raise just over £5,000 for TASC. Together with the amounts raised by the other participants, the total amount raised from the weekend amounted to just over £15,000 for TASC’s cause which could help provide an extra 250 hours of counselling or 294 sessions of physiotherapy for people injured in the line of duty.

Will Hancock, CEO of South Central Ambulance Service and the lead CEO for mental health for UK ambulance services said:

“This challenge ticked a lot of boxes for me and I would do it all again in a heartbeat, despite being pretty nervous as the clocked ticked down towards the zip wire. Anyone who knows me will know that was certainly out of my comfort zone, but the camaraderie was fantastic and the activities were exhilarating.

TASC is a charity doing hugely important work at a time when it has never been more essential given the challenges our staff have faced for such a sustained period and continue to. In my role as the national lead for mental health for ambulance services, I really do understand the issues and just how important the work of the charity is and I am delighted to be part of a team which has helped raise funds but also much-needed awareness. As I said before the challenge, I want to encourage everyone in the ambulance sector to ask for help if they need it – it is the hardest step but the most important.”

“It was incredible to take on the ultimate challenge to raise money for TASC with Tracy, Anna, and Will, TASC play a vital role in caring for the mental health and wellbeing of ambulance staff and their families, and that’s why it was so wonderful to achieve our target to raise £5000 through this challenge. Those funds will help TASC continue to make a difference to ambulance staff wellbeing.

The team were joined by colleagues from within the ambulance services and the College of Paramedics who were also fundraising for TASC, and there was such a positive team spirit and great camaraderie. It was a fantastic and exhilarating experience meeting the challenge of the fastest zipline in the world along with a Snowdon night climb – and reaching the summit of Snowdon in time to watch the sunrise was spectacular.”

“We were so thrilled to hit our fundraising target of £5000 for TASC on Saturday – especially as it was reached as we flew down the fastest zip wire in the world! We’re so grateful to everyone who donated and for all the support we received over the weekend. The night-time climb of Snowdon and seeing the sunrise at the summit were spectacular. Both the challenges demanded some real mental resolve and teamwork – we all dug deep and supported each other.

We’re delighted to have made our contribution to supporting TASC in the phenomenal support it provides for ambulance service employees, volunteers and families. And if anyone is keen to sponsor us now our challenge is complete, there’s still time: https://www.justgiving.com/fundraising/tracy-anna-will-kerry”

“I am so proud and grateful to everyone who has taken on this epic challenge to support our cause and raise vital funds for TASC. Ambulance staff have one of the most stressful jobs in the UK, and the continuing and long-term impacts of Coronavirus are making their job that much harder. The funds that the team has raised will make such a difference to our service users and will help ensure that TASC continues to be there in their time of need.”

The team’s view as they climbed up Mount Snowdon

The team finally at the top